Why We Need to Teach Google Search

10 or so days ago...during the Snowpocalypse 2010 ...something amazing happened on the interwebs. a meme was born! the awesome technology blog Read Write Web wrote a posting about Facebook and AOL getting together to be the one true login.

and then the problems started.
Internet un-aware people who don't know how to type in a URL, make a toolbar button or a bookmark and just Google to get everywhere were upset and distraught because when they typed in 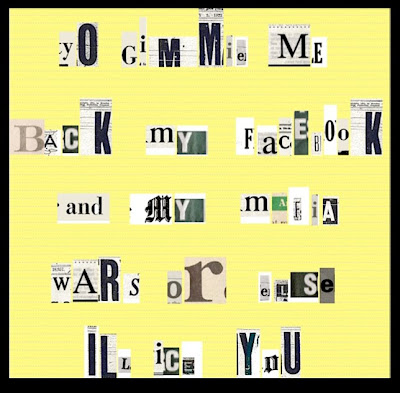 they got the RWW blog......and they started whining. then screaming. incoherently and sometimes with bad language! (be careful if you show these to teens) and with MANY typographical & grammar errors.... 1800+ comments later of "where's my facebook i want it back!" of pure Internet comedy gold MEME happened and the people at RWW couldn't understand why their traffic was going HAYwire!
apparently the GOOGLE search result of Facebook and Login was the 2nd from the top result AS the article! People thought FB had changed its format again but couldn't figure out how to login. Hilarity Ensued.

This is a teachable moment people. It's not just WHAT you Google but it's HOW you READ the page when you get there! And what about computer literacy???

"Thank you for all of the new features, Facebook owner-guy! I am especially fond of all the articles that you have published here. Where were they all this time?! What I wanted out of Facebook all this time were reports on current trends and products that would affect me and other high-tech geeks. Thanks for getting rid of all that Farmville crap... not sure why you ever thought that was a good idea anyway!" /sarcasm 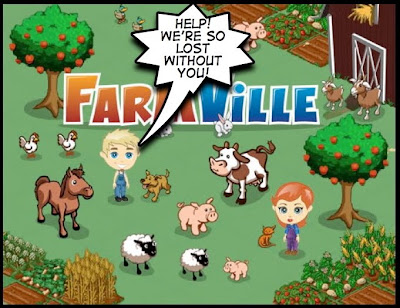 A perfect storm of Internet iD10T errors collided with the tech savvy AND SNARKY crowd of readers at Read Write Web! And the regulars sent their tech savvy friends to the comment board as still MORE and MORE lost and angry people kept commenting!

Honestly, read as many as you can....BUT Cover your keyboard with Saran wrap if you read this at lunch or are sipping coffee. You. Have. Been. Warned.


another classic quote:
"LMFAO! This has to be the biggest facepalm in the history of the Internet"..

"Read/Write Web are being very polite about their incident and resisting the urge to mock. They wrote a follow-up post saying:

“We could laugh (and we did), but we could also consider that these are our customers and users – the people we make the Web for. How can we balance making the Web simple enough for all users while still creating tech cool enough to satisfy geeks like us?”

A day later, another post was published saying the whole thing was Google’s fault:

“Google had completely failed its users. It put us, with a post about how an AOL partnership foreshadowed Facebook becoming the de facto user database, above the most logical search result possible – Facebook’s login page.” -

Oh and for a lesson on Computer ETHICS: