Showing posts from July, 2009
Show all

Ever want to show a vid to your class but it's on YouTube and YouTube is blocked by your firewall? Well, download it on your HD in a few easy steps and play it as an MP4! (UPDATE Feb 20, 2012: I now use Keepvid.com ! ) Want to snag these graphics to use them on your blog or wiki? Download them from my Steam Powered Wiki either in jpeg form (both black background or wiki white) or snag the the Comic Life docs
Post a Comment
Keep reading

-- This site as mentioned on my wiki inspired me to create this Twilight inspired Blabberize to get my kids to return their Library Media Books! Easy & Fun to do...i wouldn't use kids faces...they can looks sorta odd..but more like animals, famous paintings, GREAT for biography podcasts...so many ideas... even Tiskers the Kitteh wanted to get in on it (did this for my auntie showing her how easy it was!)
Post a Comment
Keep reading

so, i've been following Larry Ferlazzo for a while now and he's written an excellent post on his blog about which Twitterers to follow for Sharing Resources...here it is quoted: This is a companion “ The Best …” list to The Best blogs for sharing resource links. I developed this list by first going to Tweet Stats, typing in my Twitter user name (larryferlazzo) and then clicked on “Tweet Cloud.” Within that cloud I was able to see the Twitter user names of those whom I had “retweeted” (forwarded) the most. Since I generally only retweet education-related links, I’m including all the Twitter users in this list who appeared in my “cloud.” There’s probably a tool out there that provides a better way to determine who one retweets the most, but this will do for now. The cloud indicates how many times you’ve retweeted that person, but I didn’t have time to list them in that order here. Of course, there are zillions of people I don’t “follow” on Twitter, so you might want to ta
Post a Comment
Keep reading

July 26, 2009
The Colbert Report Mon - Thurs 11:30pm / 10:30c Nailed 'Em - Library Crime www.colbertnation.com Colbert Report Full Episodes Political Humor Mark Sanford --- Dominic Philip gets banned from his local library after a photo of him tooting a kazoo in a parade is spotted. Loves me some Colbert! Join the Colbert Nation! This is SO Funny but brings up important issues. Out of district students? Conservation of resources? How is this kid different than an Inter Library Loan? Are books owned by district, county, or state? Media Specialist Question: Do you really *like* to share your school's Media Center books with other schools? I mean, we all DO it but do we LIKE to do it? Honestly? So, i'll confess..... sometimes i don't like sending my brand new popular Anime/Twilight or sports book to another school because the lending period goes from 3 weeks to 6 and they've also been lost more often than not. But i do it because the books belong to ALL the kids in my county..
Post a Comment
Keep reading
July 26, 2009
Post a Comment
Keep reading

July 19, 2009
NECC09 Washington DC on PhotoPeach Musings, & Lessons Learned from the NECC Conference, 09 First, you may want to take the test What Kind of Tech User Are You? ....then think about the ONE thing you would like to learn or apply to your career in the next year... " Our plates should be small but our appetite LARGE for new technology " but what i'm saying is..... pace yourself, you can't learn AND use everything you hear about ALL the time! if you just concentrate one thing each week/month/year......heck even if you only try one thing on one day each year you're ahead of 90% of the tech users & teachers out there! see? not so bad! and if you're the daring sort...the kind that isn't afraid to dive into the digital pool and swim with the fishy digital collaborators...know that there will ALWAYS be someone who is doing more than you...who humbles you with all that they utilize in their classroom or school (i get both overwhelmed and ins
Post a Comment
Keep reading

Something Wiki This Way Comes

Wiki's in Plain English - a Great Vid! ----- What's a Wiki? A wiki is a web site that lets any visitor become a participant: you can create or edit the actual site contents without any special technical knowledge or tools. All you need is a computer with an Internet connection. A wiki is continuously “under revision.” It is a living collaboration whose purpose is the sharing of the creative process and product by many. One famous example is Wiki-pedia, an online encyclopedia with no “authors” but millions of contributors and editors. The word "wiki" comes from Hawaiian language, meaning "quick" or "fast." The Difference between a Wiki and a Blog (from a chat i had a while back with Adam F. of wikispaces at Tappedin.org ) "The simple answer is that a blog is like a journal. It's great if you want to have an ongoing dialogue or discussion. Say, if the kids are keeping a daily diary about their homework, or about any topic. A wiki, ho
Post a Comment
Keep reading 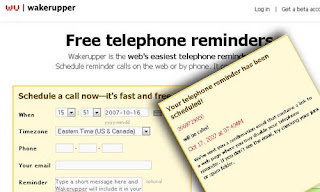 When searching for what to name this blog i came across two brilliant bloggers. Another Gwyneth got the gwyneth.blogspot.com before me.... (so after reading that ...combined with the fact that she's a techie grrl, i of course had to comment that i was proud to have the same name! see below) ...and as a thank you i'm going to steal one of her AWESOME posts that i found very helpful! [grins] we teachers are prone to do that..professional thieving...with full creds, of course! it's like Re-tweeting! in fact...this was my comment to her and the blog! gwyneth said.. WOW...i did a search to see who had gwyneth.blogspot..of course i knew it would be taken...and am i happy that if someone had to have it...it was you. you're cool. [grins] super techie cool! and i'm proud to share your name. i've been on the interweb since the time of Mudds, gopher and compuserve but as a coupla pseudonyms...now that i'm thinking of coming transparent i find you..got there the FIR
Post a Comment
Keep reading

WARNING: rambling post with many parenthetical interjections - also, this post originally was on my Second Life blog......and I brought it over here as my first professional blog post! Don't worry, it should make sense eventually. (( 2022 Note - OMGosh, this post is cringeworthy! I had forgotten that long ago I eschewed capitol letters and employed a rambling weird punctuation filled super bloggy causual writing style.  I started to correct all that and then (exhausted) I stopped and just rolled my eyes thinking that it was, though dated, a part of my history - So be it.))  Back to 2009-- So the NECC conference in DC was just brilliant this year! The Twittering back channel conversation was so stimulating and i made so many new Twitter following friends! 100+....lovely, smart, & cool colleagues who can continue the discussion about Educational Technology - expanded my Personal Learning Network!.....So..... I've decided to become transparent! My worlds are colliding anyway.
Post a Comment
Keep reading