This short response from a Fresno Library Tweet the @oldspice guy seems to have made all the librarians go WILD this week - some even saying he should be the keynote for the next ALA or AASL conference. Hmmm I think they got Almost TOO excited.

According to the vastly pithy & amusing gershbec "I've been listening to librarians tweet about Old Spice all day because he responded to a librarian's tweet. It's nuts....jokes about how he should be the ALA speaker, I mean kudos to wawoodworth for the idea, but let's be honest...He tweeted something, the marketing campaign is answering EVERYONE's questions, it's not like they're into libraries ... How to get librarians excited...have some marketing campaign mention libraries."

Now, while I'm terribly amused by the ad campaign, LOVE parodies, am a frequent

visitor (if you're offended easily, please do not visit the site! Mommy..love you, but that's you!) .... I really don't know if I could take 45 min to an hour of his shtick.

Now...the people of FRESNO are all up in arms by this campaign. According to Mike Oz of Fresnobeehive.com this is how it started: 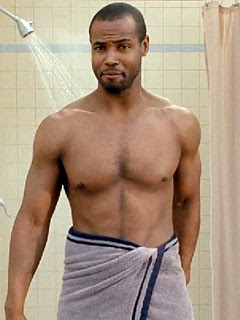 "If you follow the Internets closely, you probably already saw Old Spice's killer viral videos that have gotten all kinds of attention this week. Basically: Old Spice took the guy from its latest ad campaign and started producing custom, personalized YouTube videos aimed at specific people who interact with their social media accounts. In three days, they've released almost 200 videos -- and even proposed for one Old Spice's Twitter followers.

When the Old Spice guy made a video talking about how great libraries are, The Fresno County Public Library posted it on its Facebook page with the message: " Ladies, does your man use the library? The Old Spice Guy does." 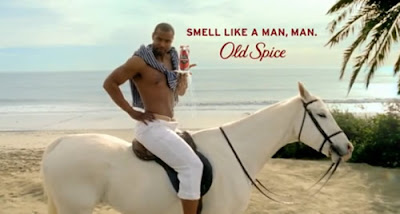 No harm there, right? Wrong. A couple of FCPL's friends didn't approve:

"I do not appreciate this--it is acutally very insulting! I love the Fresno Library and often tell people that it is the best thing about Fresno--but, please----use some tact and have some class.."

"oh please. we don't need or want the library to use sex appeal to attempt to manipulate us. That would be why we use the library, so we don't have to watch that kind of cheesy selling tactics."

As somebody who often gets hate mail from easily-offended people, I'm on the side of the library. What do you think? Do you think that's inappropriate for the library to post? Or are these people just super uptight?"

Yes, Mike..I think you and they are uptight...and the comments from your article seem to agree with me! They are mostly supporting the hip cool library going viral. Go to the article to real off of them but here are two I liked best.

"Why can't the library, any library, be hip, cool, even sexy? I like it! For that matter, why can't hip, cool sexy people be literate?" By Mallory Moad

"The fact that the library posted this video makes me like them even more! I think it's brilliant that they so quickly took something viral and connected it with their own brand. Also, I don't think the Fresno Library is the best thing about Fresno. It's cool, but there are a few other things and people that trump the library." By Alisa Manjarrez 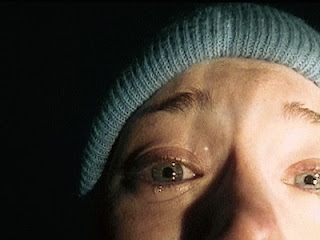 Viral marketing is the wave of the future. If you don't get it or like it, but that's ok. The first time I encountered it was The Blair Witch Project. I was suckered in for two days about that darn movie! Till my BF at the time set me straight - and deservedly mocked me. But yeah...we either go along with the times and ride the wave of new ways to reach our public or we're DEAD in the WATER. Huzzah Fresno! It's all about Web Presence! Just like I blogged about a couple months ago about NetFlix's EPIC FAIL! and the library lessons leaned therein. But yeah.. I don't want to listen to an hour of the Old Spice guy....How about we pay him to do some marketing for the AASL/ALA conference? Here are my tweets from that day regarding this.

@gershbec @buffyjhamilton I'm a librarian and I can read words. Words are on Pages. Pages can cut fingers. Books are dangerous. WTF? 30secs 5:11 PM Jul 14th via web


@gershbec if librarians are getting their panties all in an excited twist about @oldspice
@buffyjhamilton @gershbec I love the concept, creativity, but would we get only style & not substance? otherwise geez howabout Betty White?

Want more Library Spice? According to the awesome Bobbi Newman - Librarian by Day "Check out this awesome library parody of the Old Spice Commercials from The Harold B. Lee Library Multimedia Unit. I’m seriously impressed with the idea behind and the implementation of this video." and I have to agree! Enjoy!