Shamelessly I will report on this - Why Shameless? (capitol S) Because, of course, this is the answer to my every fevered redheaded dream to be nominated for a special Superhero lunchbox! So just even reporting it makes me feel all squirmy & excited & dreaming of it! And of course if any of my dear gentle good readers think ...no..even I can't go that far! (let's try subliminal persuasion) 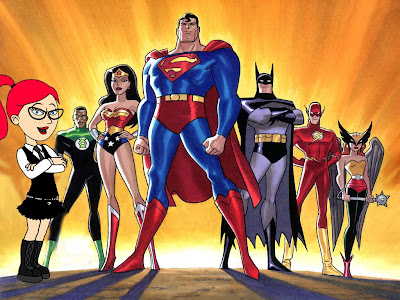 Librarian League of Superheros
I do fervently believe - like the Justice League - there are MANY Superhero Librarians out there! We are a Tribe! And some of them have even blogged about this exciting contest! I have been a superhero fan (Go Marvel & Stan Lee!) since I was a kid! And Beyond!
Who are Your Librarian Superheroes?

My Librarian Superheroes are part of the Big Red Machine ©iansinger ie: Joyce Valenza & Shannon Miller! Two librarians who are my compatriot at arms, my right and left hand chickies and perpetual inspirations....two librarians who invigorate their schools and connect with their communities. Yeah, like that. They're that cool. Zing!
Also, the superhero public librarian the ever 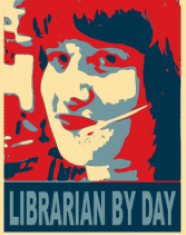 Divine Digital Branch Manager, Chattahoochee Valley Libraries- Librarian By Day Bobbi Newman is an inspiration to me and a champion of Transliteracy (yeah, that rhymed!), the Amazing Canadian Velvety Stephen Abram - 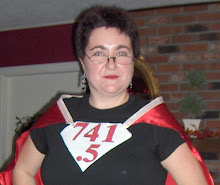 of Stephen's Lighthouse, let's not forget Jennifer LaGarde - Library Girl, and of course K-M The Librarian!
A Super Social Media Experiment!
To nominate your favourite librarian superhero - you must do so via the Facebook page! There you can see the transparent nomination process & get to know other super cool librarians, too!

1. How to Enter the Contest:

4. Multiple Entries will not increase the odds of winning.

5. Entries received after official end of the contest on the final day will not be accepted.

1. You need not be present at ALA’s Annual Meeting to win.

4. Judging Criteria (the following is an approximation and while the judges will seek to apply the following criteria as closely as practicable, winners are chosen in the judges’ sole discretion based on their judgment):

1. 20% – Showing leadership skills to forward the cause of the library, its patrons and the community.

2. 20% – Embracing new technologies to keep the library accessible and relevant to users.

3. 20% – Creating an environment that supports learning and fun, exploration and personal expansion.

4. 20% – Exhibiting determination, enthusiasm and the quest for sharing knowledge beyond the reach of their peers.

5. 20% – Insisting on play, engagement and pushing the boundaries.

5. Four Nominee librarian winners will be selected, with their likeness being used to inspire a cartoon superhero, personifying the traits included in their nomination.

For those still stuck on an island without Social Media guarded by sharks with laser beam helmets and can't get to Facebook you can email your submission here library.superhero@cengage.com ....but better yet, break free & escape from the locked net monster & dare to join this Facebook page!

As Bobbi said in her blog, there are more prizes these are just the coolest of the cool! Zap! 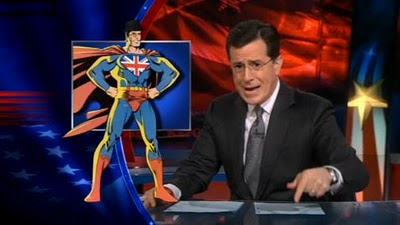 THE COLBERT REPORT Wags Finger at British Superman
"In his latest "Tip of the Hat/Wag of the Finger" segment featured on last night's episode of The Colbert Report, Colbert wagged said finger at Zack Snyder, director of the upcoming Superman film from Warner Bros., for casting British actor Henry Cavill as Superman/Clark Kent. "Superman is American," remarked Colbert. "His name is Super Man, not Smashing Gent."

From there, the commentary quickly resembled something found recently on message board postings against the idea of a British Superman. "And let's remember," said Colbert, "his spaceship crash-landed in Smallville, Kansas, not Uppington-Upon-Tweed-Wee-Chestershire. For God's sake, the man gets his power from the sun. How can he be British? They don't have a sun."

Other remarks included comments about Superman flying up to rooftops to inspect chimneys, using his X-Ray Vision to examine what's in a Shepherd's Pie, and flying on the the right side of the road. Colbert's most cutting remarks came at the end when he advised British people to claim Batman supporting character Alfred Pennyworth if they wanted a superhero of their own. Said Colbert, "He's got a British accent and he does everything the rich American tells him to. That's something you can relate to." This was accompanied by a picture of former British Prime Minister Tony Blair with former President George W. Bush." - Charles Skaggs

The full commentary can be found at the Colbert Nation site here.