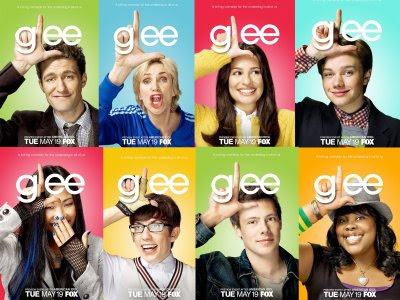 So, thanks to my friend Sondra I am totally, irrevocably, and joyously a Gleek now! I just pre-ordered the Glee: The Complete First Season on Amazon to be released on Sept. 14th because I missed the first part of the season - and yes, I know I can watch them on Hulu - but I want to OWN these - maybe even show musical clips at school! And no, Glee may not appropriate for elem kids but for middle+ and hip grownups it's a HOOT! AND it provides a lot of teachable moments if parents watch the show with their teen. 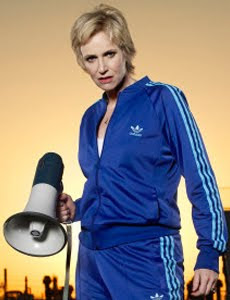 Glee almost makes me contemplate graduating to teach High School - then I come to my senses and say Naaaaah! I'm still too immature for HS!

Two bits of exciting Glee news: Apparently even Sir Paul McCartney is a Gleek! He passed onto Ryan Murpy the show's creator a CD of music! What the what!? According to the New York Times & Reuters:
“It came out of blue in a package, handwritten, and it had two CDs, and it said, ‘Hi Ryan, I hope you will consider some of these songs for “Glee”

Who could say no to THAT!?? The episode or other details hasn't been released yet...stay tuned and follow Glee on Twitter!

Zap2It is reporting that "a few cast members from the hit FOX comedy series “Glee” will appear on another FOX series, “The Simpsons.”

“Glee” stars Lea Michele, Cory Monteith and Amber Riley will appear in the season premiere of “The Simpsons,’” which is set to air Sunday Sept. 26.

In the episode Lisa will attend a performing arts camp where the kids of New Directions are at the same camp."

"Sue: Your hair looks like a briar patch. I keep expecting racist, animated Disney characters to pop up and start singing about living on the bayou."

So, How does this relate to Education?

Teachers & teacher-librarians: I think it's important to stay culuturally relevant to your kids - know the popular: songs, groups, TV shows, sayings (but if you can't pull them off - say them anyway in an exaggerated way and then laugh at yourself!) and all the stuff that the kids are talking about. You don't have to watch every show and squee on Tuesdays mornings "OMG! Wasn't Finn awesome last night!?" Cause that's just not realistic (and a little weird) but you should keep tabs on current cool stuff, branch out and grow cause otherwise you might find yourself in a petrified forest. And it's ok to joke it up!

...I have a big tacky diamond encrusted gold G-Unit watch I got off eBay for $10 years ago and sometimes I wear it and if the kids ask me about it I say in a very refined drawing room voice "Oh this lil thing?! It's a G-Unit watch - you know G-Unit? Featuring that lovely young man whose name is umm Half Dollar? - wait...that's not it...Hmmm" (they can't wait to correct me & call it out) and then I nod and say with sass "Oh, yes...that's right! Fiddy!" Most importantly, add an ironic eye roll and laugh at yourself.

Sometimes building relationships means being goofy and keeping tabs on all the cool stuffs.

Don't want to watch Glee, Jersey Shore, the Bachelorette, and listen to Ke$sha? Want an easy 30 min a week cultural literacy primer? DVR & watch the E! TV show The Soup. And yes, Life is Good. But not for Ke$sha! LOL 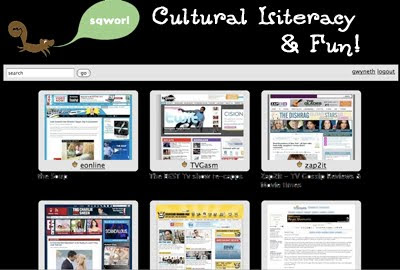 How you doin, Wendy Williams!?