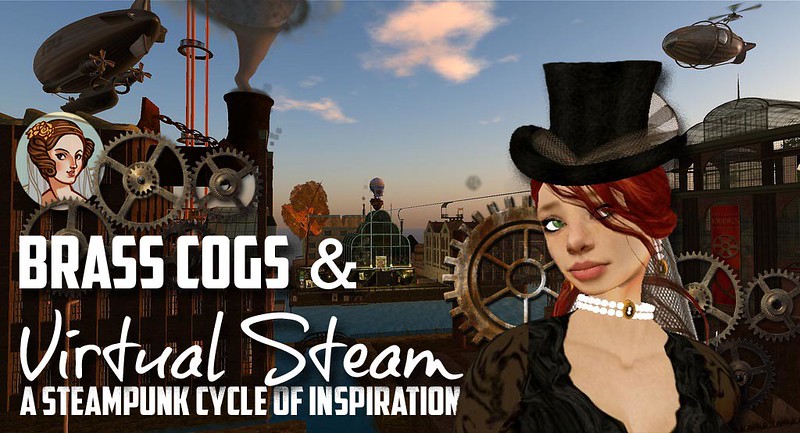 Brass Cogs and Virtual Steam:
A Steampunk Cycle of Inspiration

I love my Acorn Media streaming account! Why? Because it brings me the BEST British documentaries. I'm kinda obsessed with them. I watch...a LOT. Mostly about the ancient world, but one of my recent favorites is Calculating Ada a BBC 4 documentary presented by fellow ginger, the imminently engaging Maths Professor Ms. Hannah Fry @FryRsquared who, according to her Twitter profile is, "All math and no trousers." In the documentary she briefly interviews the graphic novel artist @sydneypadua  which led me to her webpage! Now I'm going to buy her hardback book  titled "The Thrilling Adventures of Lovelace and Babbage: The (Mostly) True Story of the First Computer" for the Coastal Cottage. I imagine it inspiring a budding Mathematician or Scientist or Steampunk. Hopefully of the girl persuasion but I'm an equal opportunity book pusher. Here's a delicious sample. Nom nom. 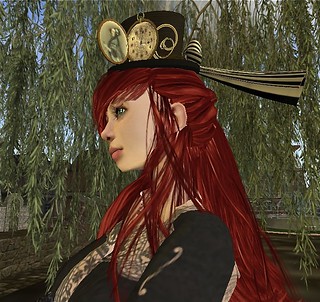 Which then leads me to remember the joy and wonderment of my Second Life in the virtual Steampunk city of New Babbage - where I lived for years on Wheatstone Waterways and once had a tophat that featured Ada's picture in a pocket watch locket. That steampunk world introduced me to her some way back in 2007 (my rez-day). 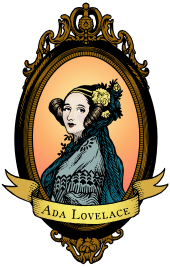 Who was this Lovelace person and her contemporaries that so inspired the builders of New Babbage to name so many of the streets and waterways of this Steampunk realm anyway? I really don't know where I'm going with this strange recollection - it's pretty much a stream of conscience - except as an interesting example of memory,  a brass cog rotating cycle of inspiration fueled by the virtual steam of Second Life which led me to really admire the historical significance of Ada Lovelace - daughter of Lord Byron and who published the first Computer Program in 1842. 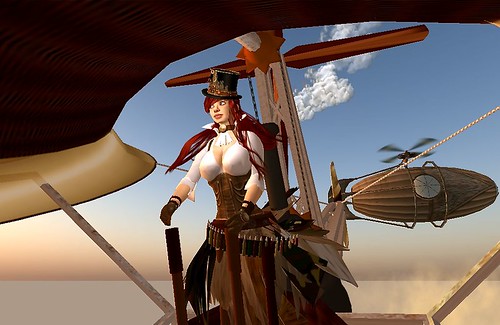 I wish or I hope that this Graphic Novel will be appropriate for Middle Schoolers - I guess I must buy the book, read, review, and get it approved for my school district if I can! (and I just did!) 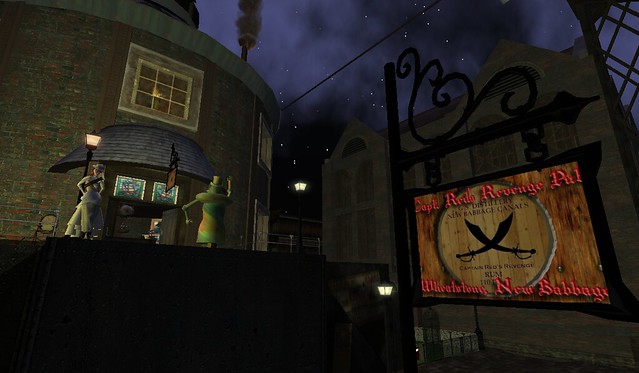 I'm even thinking this could probably make a really good blog post. Funny, how things go that way. I find myself writing a really long comment on a blog, or this entry for a Scoop - inspired by a documentary, leading me to a book and a website - and now to a blog post so I can share it with you - dear reader. Kinda weird and cool, huh? 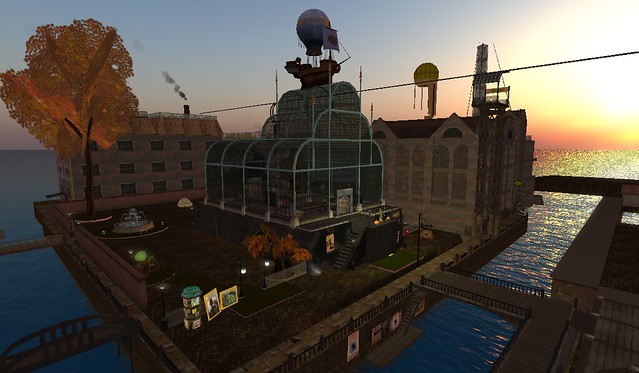 UPDATE! With the powers of the Interwebs & Amazon - I got the books! Here they are! 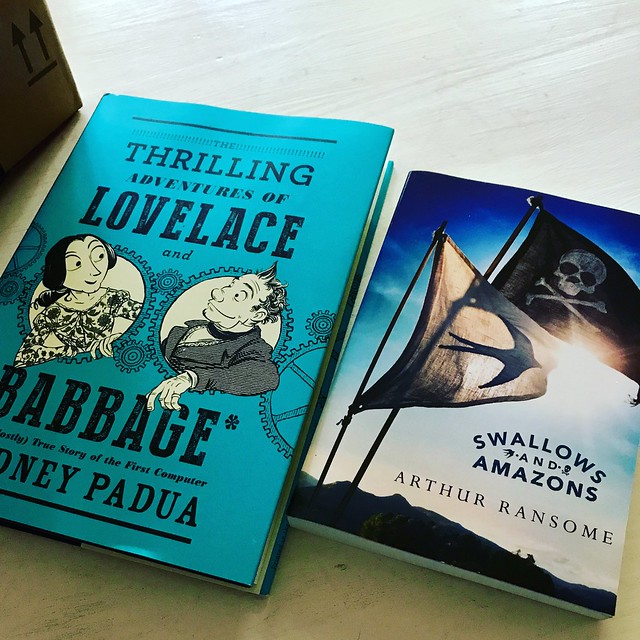 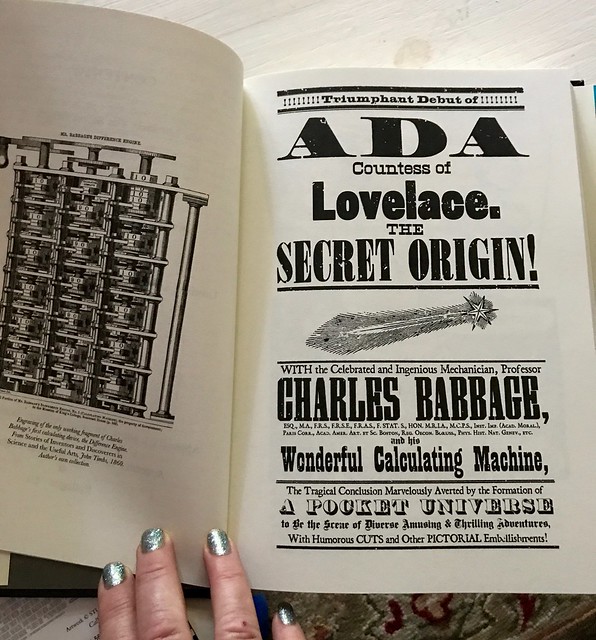 All this prattling to just share with you a book about an amazing historical heroine, Countess Ada Lovelace - Lord Byron's get who had intellect, beauty, and title.

May she be taught in schools and books about her fill the shelves and may she inspire some of my girls to embrace their Mathematical minds and Scientific imaginations. 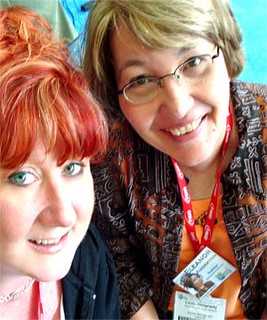 Meeting  Linda Dougherty (@ljdougherty) aka Lady Eleanor Anderton, my dear librarian friend who I met virtually in 2007 on the grid in Caledon, Second Life and in person at the NECC (ISTE) conference in Washington DC in 2009. She was my SL shopping muse! 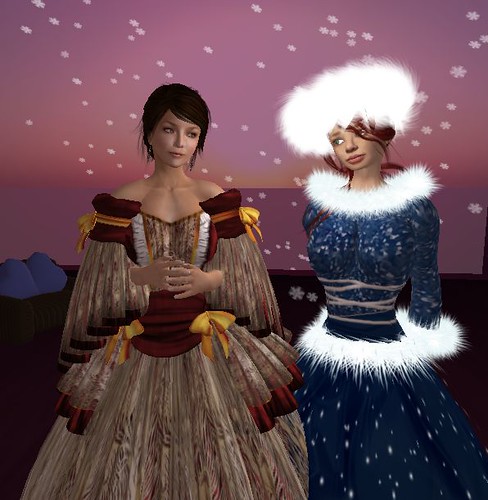